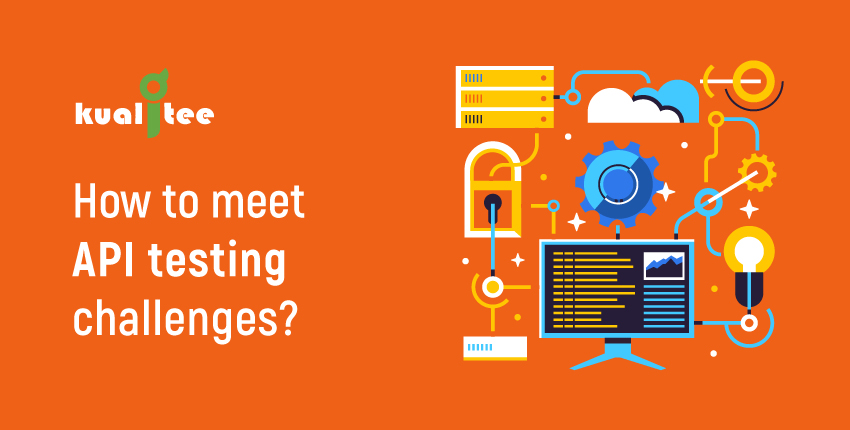 API testing has become an essential part of quality assurance for various applications today. Connected repositories, interfaces, web servers, messaging lines, and any sort of interaction between different apps demands for testing, where different technologies deliver data from various databases directly to the end-user. And this data needs to be keenly tested and quality assured.

A company’s seriousness towards API testing reflects its professionalism as well as its quality consistency towards the products it releases. Testers must look into both internal and external APIs to assure the functionality, also, to help maintain the value of distributed APIs.

But how can you meet testing challenges with API testing?

This is what you can do:

Generally, testers figure out changes required in the API in advance that allows early test case changes in a timely manner — any new change doesn’t have to wait for a GUI with API testing.

So, testers must focus on writing test cases earlier in the process to get quicker feedback to deliver a faster product release.

To constantly verify the overall functioning of the APIs, automation should be done to some extent. GUI testing is somehow simpler to automate as it uses playback tools and black-box testing methodologies to be completed, on the other hand, test cases should be tested directly on APIs and not just on the graphical components.

Unlike GUI that changes continuously, API changes are less probable to occur which, as a result, runs smoother automation tests with greater durability. Not ignoring the fact that API testing demands high-level coding environment and a well-experienced tester that can automate the incomes and outcomes as well as the test results.

You might think so, but API testing is not confined to automation only, in simpler terms, we can’t rule out other important methods, most importantly exploratory testing while testing APIs.

API testing paired with exploratory testing can prove to be a great source to identify bugs and issues that are otherwise threats towards achieving a good user experience. Because it’s not only about saving money but making your customers happier!

Another great reason to adopt API testing is that it keeps away any communication barriers and help in exchanging worthy information. This will allow testers to easily pinpoint any weaknesses associated with the customer experience – and thus assure faster problem resolutions.

The faster bug discovery struggles to highlight the problem in the user interaction with the application which in return shortens the feedback loop considerably.

Be Concerned About Security

While doing API testing, the stakes for security should be kept high. Most of the APIs allow third-party companies access to confidential user information indirectly. This leads to data leaks that can be secured via API testing.

Every authorization and authentication methods in the way must be security ensured to keep the user data contained anyway.

So, can we hope for no more delays in API testing adoption?

« Tester’s Diary: Redefining Test Reporting
The Usual Suspects: 10 Most Common Test Cases to Bring Down Your App »
SHOW YOUR LOVE