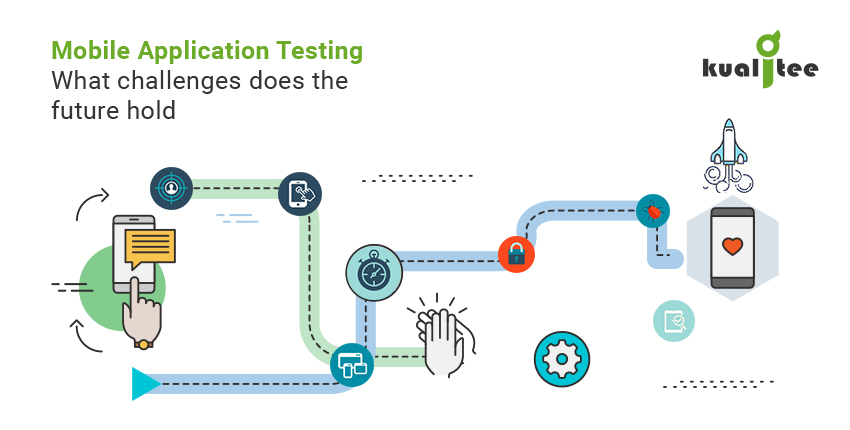 The invention of cell phone is undoubtedly the most significant technological advancement of our time. It has become the most important tool of communication across the globe. It has been estimated that the number of mobile phone users is expected to reach $4.77 billion in 2017. With the surge in the use of mobile phones, companies too are in a rush to come out with applications that are user-friendly. Unlike the desktop based software, mobile phone users want connectivity while on the go. Almost 71% of them want websites to load as quickly as on their desktops.

But what if this doesn’t happen? Or if there is an application that crashes before startup. Gartner has even predicted that through the year 2017, almost “75 percent of mobile security breaches will be the result of mobile application misconfigurations, rather than the outcome of deeply technical attacks on mobile devices.”  This is likely to happen because companies are not paying attention to quality but are focused on producing quantity. What they don’t realize is that investing in the right thing, at the right time is critical for a flourishing business.

Mobile application testing is the key to a bug free application. Many believe that testing mobile apps is time consuming and very expensive and therefore, do not deem it necessary. But what they don’t realize is that ‘first impression is the last impression’ so users will not download an app again that troubled them the first time. This can lead to customer abandonment not to mention reputational and financial damage to the company. Mobile app testing not only makes the app error free but also undertakes to check the quality and function of the app as expected.

But testing mobile apps is not without its unique set of challenges. It is undoubtedly a time consuming task as testers and developers are faced with too many options for mobile phones like

With the rise in cellular technology, its use is not just limited to people with an IT background but it has become an essential device for the common man. So much so that even gardeners, laborers and milkmen are making use of this device according to their needs and requirements. What’s left for a good testing company is to ensure that they take into account all these scenarios.

What raised the bar even more for the mobile app world was the introduction of touchscreens. The fluid experience that one had with the iPhone changed the way phones were going to be made. Almost every smart phone was designed in which one would simply swipe a finger across the screen to open various apps. This led to testing the creativity of the developers who had to come up with apps that were not only intuitive but also visually appealing.

Along with manual testing, security, functional, performance and usability testing are key platforms that can guarantee a robust app to be introduced in the market. The right testing strategy coupled with the right devices, emulators and tools is the answer to these challenges.

« Internet of Things: Is the Future Secure?
What’s Tester’s Block And How To Overcome It »
SHOW YOUR LOVE