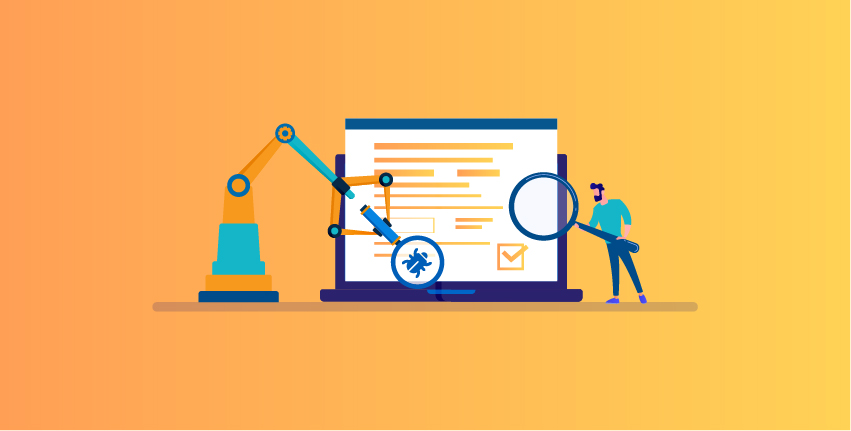 In the digital world, automation has become an integral part of businesses to grow and expand. Automation has revolutionized the way organizations operate their businesses in such a way that some wonder it will replace manual testing completely. But this is not expected to happen anytime soon.

The industry is full of examples of automation failures, where artificial intelligence (AI) is expected to perform a complete function without any supervision from humans. The disastrous and horrific automation failures cause managers to ponder over the importance of manual testing once again.  AI fails to adapt to unexpected complications or misalignments. If everything is not aligned properly, it can lead to catastrophic results. The same is the case for automation testing in QA. Many forms of software testing require manual testing to enable course correction and troubleshooting.

What is Automation Testing?

Automation is advancing too fast in the software industry as compared to the other industries. Organizations are adopting technological advancements such as DevOps, cloud storage, etc and that goes hand in hand with automation testing. Companies tend to incline towards automation as it drives them to greater savings. Managers are automating their QA team’s workflows and cutting down costs on productivity, infrastructure, and resources.

So the question remains, does automation replace manual testing completely? Well, the answer is a straight no when it comes to simulating the user experience. Automation can never replace the intuition, impressions, and reactions of human beings. So manual testing holds its importance above all odds.

Organizations find it tempting to utilize all the QA automation testing tips for faster product releases. Although there are clear differences between manual testing and automated testing, striking the right balance between the two is the key to achieve success in the market. The majority of automation testing projects succeed when combined with manual testing, by using automated software testing tools or under the supervision of QA. For this reason, testers should know that automation testing will not be taking over their roles in a QA team.

Exploratory testing is one of the most popular forms of testing that QA uses and it can only be performed through manual testing. During an exploratory test, testers explore the software without a predefined plan. It allows a tester to adapt to his findings without the need to write another test case. In the current DevOps era, exploratory testing has caught the spotlight. A tester can pick an area of software and peel back its layers to uncover things that automation can never find.

With automation trending all around us, we seem to demean human capabilities and qualities. The skills, creativity, and experience that testers bring to software testing are unmatchable when it comes to relying on automated tests. It helps them strategize their testing efforts for each project differently. There is no replacement for quick analytical thinking and mental processing speed. This does not mean that automation testing is not valued. Its importance remains but the need for human testers is vital too.

Automated Tests can have Bugs

Similar to an application’s code, your automated tests can contain bugs. If you write automated tests with bugs it is evident that the results will have bugs too. This can lead to major issues in the post-production phase, or once the app is released affecting user experience. Thus, you may prefer manual testing that can identify issues and ensure that your QA team is on the right track.

The difference between manual testing and automation testing is clear. If a bug is detected late in the development process, it can lead to a cycle of fix and check, with one patch leading to the need for another. Instead, manual testing can test once the fix is deployed to validate its effectiveness within the product. In addition, testers can perform regression testing to confirm that the fix did not give birth to more defects. So this gives the team enough time to update the test scripts but they can also focus on exploratory tests to measure the quality of the app.

Manual Testers have a Bright Future!

We know how teams add value to a software product with their unique vision and experience. The QA process is vital to ensure delivering software applications while meeting end-user expectations. It is not possible to completely rely on automated tests, you need manual testers to have a thoroughly tested application.

We cannot deny the importance and benefits of automation testing when it comes to saving time and improving test accuracy. But it is not possible to have a robust QA process in place by implementing automation only. There are many QA processes that need human testers backed by automated tests – so manual testing is here to stay and we see a bright future for QA testers!