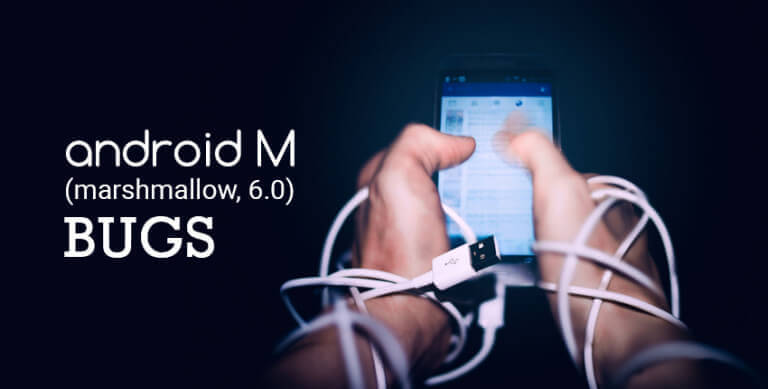 It’s been almost a year since the launch of the famed Android Marshmallow (Android M) software; its famous, it is sought after, it is open source but it is not perfect, as no software in this day and age can be. It’s a geeks dream to have software that is open source and so free in allowing access to the user to change, edit and have fun with it. It is not easy at the same time to produce such an overall software yet remain free of the issues.

After the initial launch, the software had its usual run-ins with the apps crashing and not being able to pick up on the new software just because software testing was not considered to make sure that there is active support for the new software by the application developers.

However, there are a more than few benefits that the new software came with such as:

The Bug report in Android Marshmallow (Android M) is not too much as the public beta did not have the complete software features plus Android as a software will have compatibility issues that renders most of the third party applications useless.

However, sometimes the public is quick to judge a Beta version. The aim of the beta version is not to save money but in fact tests for bugs in the field. Companies in fact do this not to compromise on quality but are often labelled by the competition as saving money when they release beta versions. The story begins with a private beta. There is always excessive testing behind a quality product. Google for example has a massive internal testing of software before it’s released in the wild. Yet people will encounter bugs because the range and scope of devices is mind boggling as well. Software and hardware integration testing requires a keen eye that tests and observes and reports minutely. People don’t go for the public beta for the android devices as most of the time it will not have app support from the developers so the third party applications will not have the adequate support. As in a case you might get the software but the complete features are not there as it is still in the go live phase and dedicating server space for a beta usually leads to problems of time and capital allocation.

Hence, if you look at the bug report for third party applications you can have a lot of problems because of the compatibility issues of the software and the coding that goes behind. It all boils down to a credible software testing company that checks the software before it hits the market or the public beta phase, it is stable and bug free. It is also beneficial for the 3rd party applications to be tested against the new software and with a quality service such as Kualitee, you can have the applications that are quickly checked against the new software and the bugs and compatibility is tested. This ensures that the end user does not waver from the software and continues to use it as the time and speed of alternatives is always there. Thus, the need for software testing is of utmost importance with every build of software.