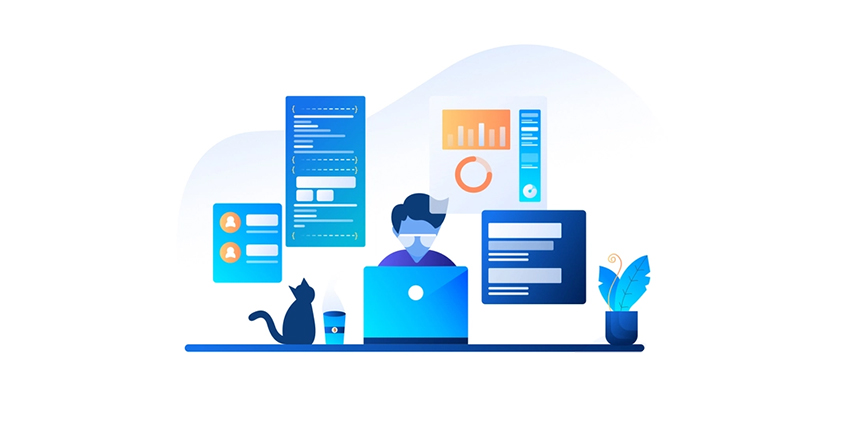 The world of software development and testing is moving towards technological advancement at a rapid speed. Since the customers keep demanding changes in the software and mobile applications, the development companies have to fasten up their production pace and release newer versions. This leaves lesser time on their hand to perform testing as well. That is where a lot of software testing companies walk in to help ensure software development is working at its best.

The Trend of Software Testing Industry

Since the beginning of the software testing industry, manual testing has been the most used testing strategy. A couple of testers used to sit together and assess the software or mobile application by running different test cases on it. This testing technique was not only slow but added to the costs of the company and made the deliveries late too. To remove all these issues and increase the efficiency of the overall testing process, issue tracking tools were introduced in the market. These tools not only made the whole process faster and cost-effective but helped the industry grow as well.

What Testing Step Do You Think is Most Important?

When it comes to software testing, a lot of the professionals in the field believe that identifying use cases and then executing test cases are the most important steps. They believe in this because for them, the idea of testing revolves around only the concept of finding out vulnerabilities and identifying the issues present in the code. However, experts suggest that there are other steps of the testing process too that are of equal importance. They further share that no step of the process holds less importance as compared to the other as, without each other, the whole process might just fail. What do you think about that? Do you think that there is another step that could hold importance as well? If you have an answer, we would like you to hold on to it and move to the next section to know more.

We believe you had an answer in your mind and the chances of it being reported are relatively lower than other steps. However, we would like to guarantee you that good reporting is as important as building the right test cases. Reporting is usually the last step of any testing activity. This consists of a report made by the testers to give an overview of the whole testing procedure followed along with the findings and a few suggestions.

According to a lot of testers, this is the least important step of the process so they prefer to not put in a lot of effort. On the contrary, experts share that reporting is quite an important step. They might even suggest that without good reporting, well-scripted automated test cases are a complete failure. We believe this is enough to explain the importance of a good reporting procedure. It is due to its importance that a lot of issue tracking tools are coming with built-in templates for reporting.

Why Good Reporting is Important?

We understand that you must be wondering about the reasons that make it so important. Even though you can find a lot of experts talking about its worth, we have narrowed down a few important points for you.

Insights of the Software or Application

Every software or application is designed to accomplish a few tasks and meet the requirements and demands of the customers. Software testing is the process used to evaluate a product if it is performing up to the expectations or not. It gives the developers a clear idea and an accurate picture if they are lacking somewhere or everything is perfect. At times, everything is perfect from the developer’s end but the software is not working as smoothly as expected. So the purpose of a good report is to let the developers know if their work is not up to the mark and needs amendments.

What Loopholes Did You Leave?

No piece of code is perfect until it has gone through multiple phases of testing and fixing. Apart from evaluating the features and functionalities of the software, testing is meant to uncover the loopholes left behind by the development team. A good report helps developers understand the loopholes they left behind, the issues that are present in the code, and the ways their product can fail in the market. It is meant to help the developers in fixing all of the issues found for the betterment of the product.

Your Application’s Performance Matters Too

For a developer, the software or the application he develops is perfect. This mindset stops him from discovering the issues present so he ends up not having the eyes to improve the project. That is why he needs the support of the testing team that can present to him the performance of the app or the software. A well-written report tells the developers if they need to improve the functionality or the performance of the software. It also highlights the ways the app or the software can be improved to help the developers speed up the process and get things done in a better way in a restricted timeline.

A Partner for the Journey

As we shared, the developers find it hard to pinpoint issues in their brain-child, which restricts them to improve their product on their own even with issue tracking tools by their side. On the other hand, a good report made after the testing process acts as a guiding hand and a perfect partner for the journey of fixing issues identified. It helps the development team to understand the issues occurring and the ways they can be eliminated. It also comes with some strategies developers can follow to eradicate bugs faster and without having to make a lot of changes. This helps the development team to even recreate the issue and see what happens to have a better understanding of the overall process.

To sum up the article, we would like to say that building use cases and executing test cases are indeed important tasks. However, without reporting them properly, you would not be able to communicate the issues and proper solutions to the development team. At the end of the day, with less efficient reporting, the development team would benefit nothing from the testing process. So it would not be wrong to say that automation scripts are no good without good reporting.

Maham is serving as a writer in Kualitatem. Her focus is to learn and share information regarding the firm’s privacy, software testing trends, and cybersecurity practices being followed. She has been writing on the topics of the intersection of data, cybersecurity, recent security trends, and emerging technologies. She holds extensive experience in identifying the current cybersecurity issues, the use of AI and ML in the field, and curating content for the people to benefit from.

Software testing is vital if you want to release bug-free applications But how easy is your application to...

How to Ease the SDLC Burden on your QA T...

Continuous work makes a person restless and when a person becomes restless it means a robot is performing...

Bug-Free Software – A Myth or Real...

Imagine that you have successfully developed software or application, made exceptional efforts to assure its...