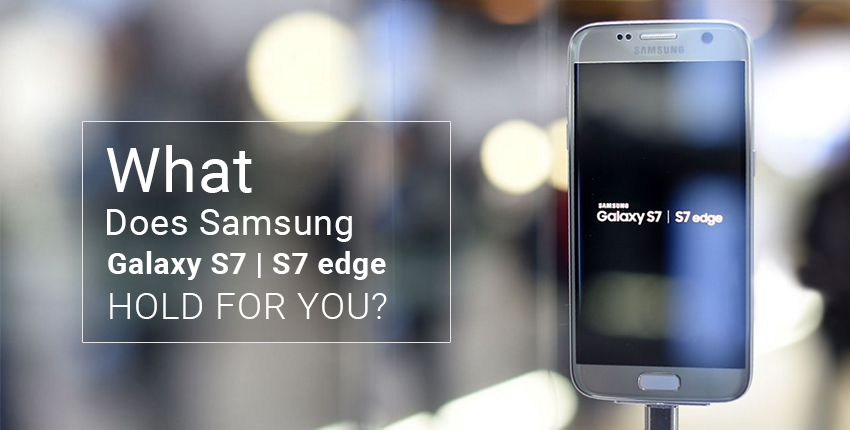 It’s been a year since the launch of the Samsung phones that took Samsung away from the cheap and plastic finish to the rightful claim of building proper flagship phones. The all metal design, curved edges that look and feel premium. However, as it is with all the first movements in the tech business they had to have a bit of a backlash. No Micro SD card, colour options and smaller battery.

This year however, Samsung chose the smart option, they listened to the customers: the end consumer. The launch had a lot of expectations and Samsung chose to meet them. They

That is just the hardware, now what has changed over the generation of Galaxy phones in terms of software so you may ask?

Now the new hardware has to come with new software as well and this includes the latest iteration of Android  Marshmallow. This does not mean a new kernel, new coding and new Android features that are to boost the productivity and make the user experience more rewarding. The Samsung Edge variant features the Edge UX which can have tasks, people and applications just by the swipe from the edge.

The Marshmallow update is heavily clad with the TouchWiz skin that we have all come to terms with, that is Samsung’s trademark for how their phones should look and feel incorporating their own version of material design into the UI.

The biggest software change that is visible is the Always on Display that has the lead from other big brands such as Motorola and Google. Although it is always said to consume only 0.5% of the battery per hour as the AMOLED screen technology does not have to be turned on for black pixels so a pixel rotation is built into the software that helps in not making the screen burn-ins to appear. The Always On Display can on choice show to display different clocks, a month calendar or a wallpaper-like background image, each one with varying amounts of information including the time, battery percentage, date and notifications.

With Marshmallow on board you can expect Doze a proprietary google background application that uses the phones sensors to detect when the phone is not in use to turn off background Apps that may consume battery. They have launched a new gaming launcher that is in line with the new Vulkan API that can help better gaming graphics and made the phone VR ready with their Galaxy Gear VR.

Of course this is the initial MWC feedback and a lot of things are still at play from the initial unveiling. The biggest problem that the galaxy phones face is that they lag behind in software updates from google. The main problem is the compatibility with the Touchwiz UI as each and every update that comes with the UI has to respond accordingly. This also is a big problem for Application makers as their applications might crash with the new update. So what should be done? Well, Platform Compatibility Testing is the answer to all these problems. It undertakes to check the compatibility of various apps and systems across different variables. It will make sure that the application you launch is up to date. Â As technology moves forward the focus of the testing process remains at making sure that you move along with it.