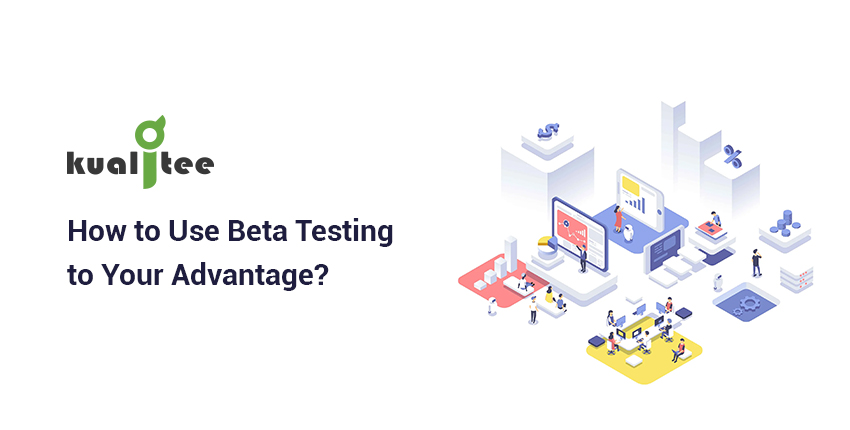 As the term suggests, beta testing is the second phase of software development after alpha testing and is often the last. It’s a pre-release testing process that involves volunteers or paid test subjects who use the software to provide valuable insights about how users will perceive it and what improvements can be made to enhance their experience. For a widely-distributed software, developers prefer to make the test version available for downloading and free trial over the web.

But how is it different from alpha testing? And why do we need another layer of testing to ensure quality? I’ll start by answering the second question and the answer is, “Customer validation is NOT optional”. Beta testing is an important step to gauge how well the product meets customer expectations and evaluates the extent that the product is ready for release. It provides a precise and clear customers’ response regarding their approval of the updated product. Beta testing also helps generate helpful feedback regarding interoperability, product quality, and user experience. This feedback can be very helpful in refining the product before the final release.

As far as the first question is concerned, let’s have a look at some of the most prominent differences between alpha and beta testing.

Beta testing builds on the findings of alpha testing and is followed by continuous improvement. It aims to increase the probability of a successful product launch from the customers’ point of view. Yes, beta testing is driven by definitive, clear objectives and processes. But the true value of external testing lies in the feedback from actual customers, who use the actual product in real-world environments.

Whether you are launching a new mobile device, a new app, or a website, it’s always important to have independent users to test the product thoroughly before the release. Multiple purposes are served by beta testing, though all of those initiatives lead to one thing – enhancing customer experience.

Beta testing provides important insights about user experience and product functionality. It goes beyond lab performance tests to determine whether or not the same level of performance is achievable in actual user environments. Many products need to perform well in many different usage contexts and hundreds of various environments.

In a lab or testing environment, developers can sometimes get lost in details so much that they can miss out on key or basic elements of functionality that can affect user experience. Letting actual users, who stand well outside the insular community of developers, to observe and identify those elements can be a smart move.

One of the keys to streamlining your beta test and get more results out of it is using the right software testing tools. Analytics and reporting/tracking software applications are crucial for your development process and don’t incur significant costs. Whereas, in-app chat tools are sometimes only feasible for beta tests, while data distribution tools serve little purpose outside testing. Small beta programs can easily avail these offers free of cost. While packages ranging from $50-100 are usually enough to satisfy most beta programs’ requirements. Expensive packages add more value but are only necessary if you have a couple of thousand testers and quick iterations.

One of the most valuable costs of beta testing is time but it’s difficult to state it in monetary terms. Especially for startups where time rapid iterations and the quick pace is of utmost importance and time is very short in supply.

To optimize the beta test’s duration and make most out of it, you need to have a well-laid plan in place. Typically, a new app needs at least 4-6 weeks to be tested properly and will start to depreciate in value after 12 weeks. Apps testing only minor to moderate changes can get beta testing done in around 2 weeks and should avoid crossing the 4-6-week threshold.

Beta tests require a dedicated marketing plan and budget that is significantly dependent on the size and type of market and industries, even if they are within the same channel. The channels and tactics you use will change according to your target audience and the size of your beta program.

The marketing budget of beta should be similar to that of your application relative to the duration of the beta test. Your beta test marketing should start at least a few weeks before you launch. Even if you plan to invest less in your marketing efforts to save for the actual launch and keep your application a surprise, you still need to recruit beta testers. In cases like this, you would have to go through a beta management platform or a crowd testing service.