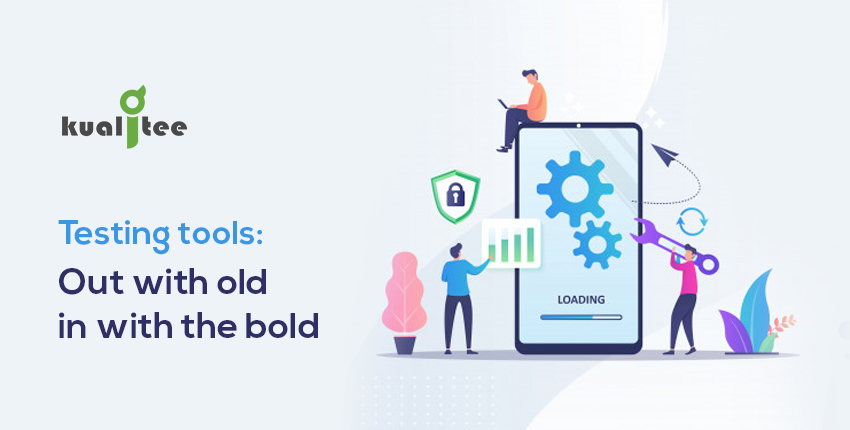 Revolution in software testing tools is neither in our past or the future. It’s happening right now. Today, we’re witnessing a cultural shift in the entire software development process – from the traditional waterfall model to the modern agile methodology. Significant changes in tool usage, workplace culture, and delivery patterns are forced by this paradigm change within the entire development groups. Unlike waterfall, the agile methodology used today involves software testing tools right from the beginning of a development process. Modern software programs are designed with agile development teams in mind; the reason why they include everything an agile team needs to be more productive, ship work faster and improve the quality of teamwork.

Major Driving Factors Behind this Change:

Software Testing is No Longer the Final Step

Gone are the days when software testing tools were only limited to the processes before the deployment stage. Software testers are now involved in the early stages of the lifecycle and are much more integrated with the entire process of software development.

Test Plans are an Integral Part of Project Planning

Enterprise applications are no more standalone now. They mostly integrate with other internal and external applications used by different stakeholders for various purposes. Having different functionalities to ensure usability, performance, scalability, easy deployment, and smooth installation, all these integrated applications require various types of functional and non-functional testing to be done. Which makes test planning an integral part of the entire project plan, making it more proactive and upfront. Instead of using a complicated interface involving complex fields, modern performance testing tools use a code writing approach that is much more flexible and powerful. Even without programming skills, you can make use of template scripts without any complications. These tools also provide valuable metrics such as users online, response time, timeouts, errors, etc.

Designing Testability is a Priority

Early detection of quality problems, testability has become more of a design concern with a focus on efficient and maintainable test case creation. Collaboration between testers and developers is of utmost significance today. Different concepts of testability as a design criterion help in testing immensely.

Continuous development is a hot topic in the software development industry today. Companies are therefore working towards DevOps. Every short development sprint needs testing, and that’s where modern testing tools deliver. These tools come in handy during CI/CD, where testing is done thoroughly and effectively. Following are some of the major aspects of how DevOps work:

These philosophies of DevOps are giving rise to specific cultural and functional changes in the areas of testing. Some of them are as follows:

Testing as a Medium for Continuous Feedback

Testing is an integral part of Continuous Integration (CI) and Continuous Development (CD) that has become a continuous feedback generating mechanism for every stage of development. Schedules no longer govern test executions today; instead, drivers are events like code completion, code check-in, and deployment status. In simple words, the testers’ jobs are more regulated by changes in other development steps rather than the project schedule.

Testing is not just restricted to the functional or regression test of UI layers. Its focus has spread to larger boundaries that include any and every possible layer under the GUI. By using modern UI testing tools, you can ensure that visual bugs don’t slip through to your customer’s applications. These tools play a significant role in automating UI testing, data-driven testing, and GUI object recognition. These tools are easy-to-use for both beginners and experts. Gaining popularity over time are items like API testing and DB testing. Thus, software testing tools ensure that a proper application is built with adequate quality as they have become sources of gaining continuous feedback at every level.

Test Automation is the Need of the Hour

With time, the need for reducing time-to-market has enforced test automation to be included in the early stages of a development process. More and more organizations realize the importance of writing test code or scripts similar to that of writing development codes. Different frameworks and tools are also getting introduced so that testers can get maximum leverage. The cycle of regression testing has been shortened by this entire process of test automation, making the entire flow of CI, CD, and DevOps extremely efficient.

The question arises whether a proper collaborative tool fulfills all the needs of today for DevOps. The answer is no. It depends heavily on how effectively and efficiently test automation is getting done in the entire process. Continuous deployment requires the development team to handoff the compiled and unit tested product to the operations team daily. This is not practically possible as long as the software needs to be tossed over the wall of the organizational barriers.

How to Help You Boost Your QA Career in ...

When we read through the job listings for QA and test professionals, we see a long list of technical...

One of the most prominent and essential processes of the software development life-cycle is conducting...

It's not enough for a startup to finally become a full-blown enterprise with a fresh and revolutionary idea...