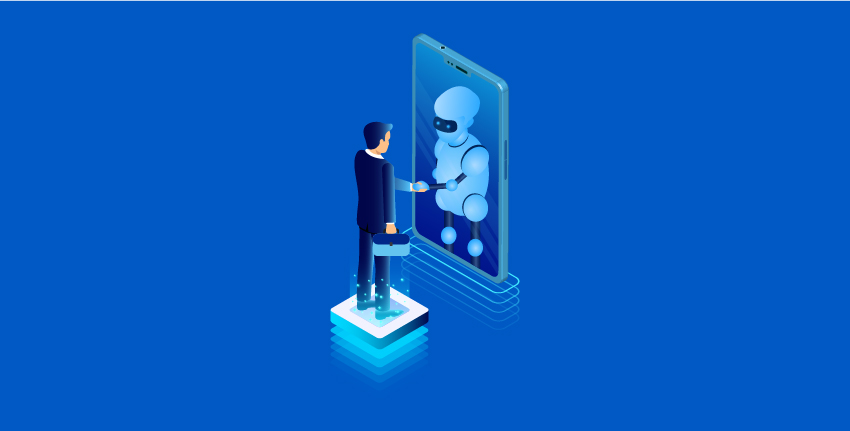 The majority of software development teams feel their testing is deficient. To counter it, they realize the major influence of quality deficiencies and invest significantly in quality assurance, but they are also not achieving the expected outcomes. This isn’t due to a lack of creativity or effort; the software testing technology is actually inadequate (including most of the current software testing tools). The industry has been underdeveloped for a long time.

The software cannot be released successfully until it has been correctly and carefully reviewed, and testing will take a considerable amount of time and human labor to complete. This gaping void is just now being filled.

Machine learning (ML), which has revolutionized and changed a wide variety of businesses, is only now making inroads into software testing. The sector would never be the same again, and that is why heads are spinning. Although machine learning is still in its early stages, it is increasingly being used in the software industry, and its influence is beginning to transform the way software testing is conducted as technology advances.

Let’s take a look at the present state of software testing, analyze how machine learning has advanced, and then look at how ML approaches are improving the software testing industry.

A History Lesson On Software Testing

Software testing is the method of deciding whether a component of the software is functioning as expected. Functional quality assurance (QA) testing, which guarantees that nothing is inherently broken, can be carried out in three ways: unit, API, and end-to-end.

The method of ensuring that a block of code generates the right output for each input is known as unit testing. API checks are used to ensure that code modules can interact with one another. These assessments are small and isolated, and they’re built to ensure that highly deterministic coding functions.

End-to-end (E2E) testing ensures that the whole framework functions properly after it has been assembled and deployed. E2E research investigates how much of the programming integrates and how the software runs as a whole. Via core testing and edge testing, QA testers can engage with the software as if they were a customer (where they test unexpected interactions). These tests identify when an app does not react as a customer would expect, helping developers to fix the problem.

E2E testing can be performed manually or automatically. Any time software is tested manually, QA testers must navigate through it by clicking every aspect/function possible. It takes a long time and is vulnerable to errors. Test automation requires writing scripts to replace humans, but these scripts are unreliable and take a considerable amount of time to manage as the program progresses. Both approaches are costly and reliant on human experience to work. The entire E2E testing space is so inefficient that AI/ML techniques are ripe for disruption.

What is Machine Learning, and how does it work?

Computer vision is a clear example. It’s probable that a machine vision algorithm will mistakenly mark something like a banana when it’s really an apple. A human rectifies it (“no, this is an apple”), and the algorithms that determine whether something is a banana or an apple modify as a result of the input. Based on this constant input from developers and customers(users), machine learning is aimed at making smarter decisions over time.

Owing to a shortage of evidence and feedback, Machine Learning has failed to enter the field of E2E research. Human curiosity on what is important to test, or the features that seem essential or dangerous, is usually used in E2E testing. Product analytics data is being used in new apps to advise and enhance test automation, allowing machine learning cycles to significantly speed up test management/ maintenance and development.

Well, What Is Software Testing’s Future?

Faster evaluations, faster performance, and, most notably, tests that learn what matters most to consumers are the future of app testing. At the end of the day, all testing is done to ensure that the customer interface is outstanding. We will test faster than ever before if we can teach a computer what consumers care about.

Testing has historically lagged behind growth in terms of both speed and utility. Technology teams often struggle with test automation. ML will assist in turning it into a strength.

Autonomy is what machine learning means for the future of software testing.

Smart machines would be able to create, manage, perform, and analyze tests without the need for human intervention, leveraging evidence from actual program use and previous testing experience.

Not all facets of software creation can most certainly be automated. Given the industry’s long history of E2E research being largely powered by human experience and manpower, the industry as a whole may be reluctant to hand the process over to machines at first. Insiders in virtually every industry claim that robots will never be able to accomplish the same functions as humans. Many that have pushed back against the growth of ML by doubling down on human labor are often left behind.

In the era of testing, a common tale is unfolding: While machine learning-driven test automation is still in its early stages, it is only a matter of time before it takes over the software testing industry.

What Is The Future Of Software Testers?

What about the QA teams who have spent their lives testing manually and using software testing tools such as Kualitee for managing the testing process? What will they do?

In software production, quality engineering continues to play an important role. The most effective approach to ensure software quality is to incorporate quality management into the code’s design and production. Testing is only necessary when the mechanism is flawed.

When ML takes over the responsibility of E2E testing from test engineers, such engineers will focus on writing high-quality code from the ground up in collaboration with software engineers. According to some of the surveys, most quality engineers would much rather do this than waste their days working away at test repairs.

Conclusion – The Future Is Bright For Machine Learning Software Testers

Believe it or not, a tester with machine learning skills is in high demand and he/she will wipe out any chances for you to get a top-notch testing position.

No matter how good a manual tester you are, or a superhero with automation software testing tools, to compete, you have to step up. Learn ML, integrate it with your software testing skills and become a hot target for potential employers.

ML provides a more efficient and reliable app testing solution. It creates a method that is best able to accommodate the number of inventions and produce the advanced tests that are needed. Smart tech testing involves data-driven tests, precise performance, and market progression.

We hope that this post has helped you to understand the potential of software testing and the incredible things that machine learning has in store for our society.

« Path Of The Lone Tester: Challenges & Solutions
The Problem with GUI Testing »
SHOW YOUR LOVE