Automation testing is no longer the pricey, demanding process only big-time software development companies can afford. The current generation of automation testing tools has plenty of affordable tools for tasks ranging from creating a build and gathering requirements to test analysis and execution.

The benefits of automation testing tools are even more pronounced when they’re used in conjunction with a test management tool. Test management tools such as Kualitee standardize day-to-day testing processes, increase test reusability and make test cases, their requirements, and errors more visible.

How to find the right automation testing tool for your project?

There are dozens of popular automation testing tools in the market for every testing purpose. In order to identify the best tool, you must:

Develop an in-depth understanding of your project and its scope. Gauge your team’s expertise in the software’s coding language. This will help you choose between automation tools with varying degrees of simplicity for script development and test execution.

Identifying the number of test cases that require automation will help you compare different automation tools. This will also help you assess a tool’s ROI (Return on investment) for your project’s needs.

Determine the level of technical support you need

It’s pretty hard to find free software but pricing should never be the sole deciding factor for choosing an automation testing tool. It’s still essential you evaluate the difference between the costs of all the testing tools on your shortlist. Compare the different tools’ advantages and your project’s overall budget before making the final call.

Based on efficiency, user-friendliness, reviews, and pricing, these are our top 5 automation testing tools:

It has a free WebDriver component that communicates directly with the browser, utilizing native compatibility to enhance automation. It can be integrated with Kualitee to achieve greater test coverage and reusability and quicker execution of test cases via a single window. 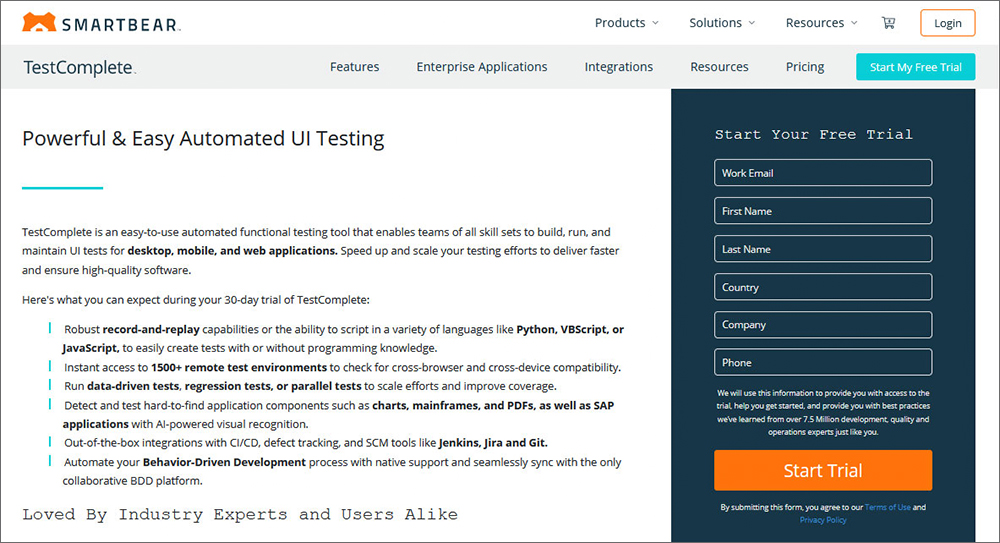 TestComplete is a user-friendly GUI (Graphical User Interface) automation testing tool. Its powerful object recognition engine allows for testing desktop, mobile, and web apps in a quick, flexible way. It has an open COM architecture that enables you to install your favorite plugins. In addition, you can also integrate tools and controls from a wide range of sources.

Ranorex is an automated testing tool that enables the automation of regression and functional testing. It’s user-friendly to suit the needs of novice testers but packs enough high-end features to be recommended by the pros. It enables you to develop and run reliable automated tests both with and without coding.

The little time devoted towards comparing automation testing tools, evaluating their utility can save you lots of time and money. Make sure to consider using a test management tool such as Kualitee to achieve greater, one-window control, accuracy and efficiency for both functional and automation testing tasks.

Prev. Post
Testing Tools that Will Stand the Test of Time
Next. Post
The Importance of Project Management in Software Testing