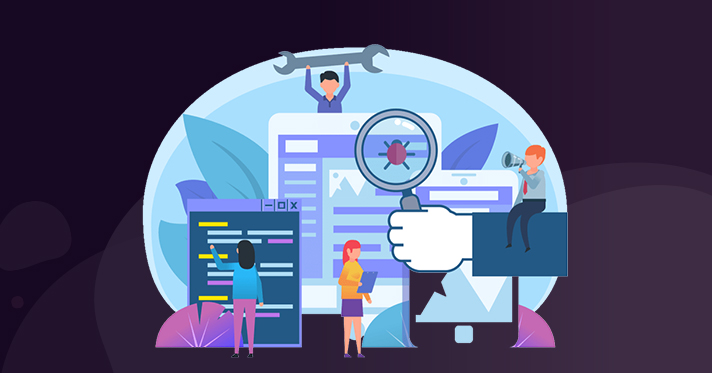 Numerous testing methodologies and techniques are employed over the course of software testing life-cycle that are effective in identifying and triaging the bugs and defects in the system. Despite the use of the most sophisticated or advanced techniques by the most experienced quality assurance managers, defects and issues remain hidden and are not detected as they are often at the innermost areas of the application system. These defects make their presence known in the later stages of development or testing and curb the productivity of the teams, therefore they are best known as bug leakages. Thus, in an effort to account for all of the undetected and unresolved issues and bugs in the system, a novel tactic known as the defect leakage approach is used by the software developers and testers. This not only helps the teams to detect all the issues in the software application system, but it also facilitates the quality assurance teams to validate the testing efforts.

Software developers and testers use this defect leakage metric to determine the effectiveness and proficiency of quality assurance processes and software testing methods. This metric is essentially the ratio of the number of defects that are associated with a certain stage but are detected or discovered in the later stages to the total number of issues and defects which are attributed to the said stage. Defect leakage ratios are usually measured in percentages and can be calculated at the overall project level or at a stage level, depending on the requirements. Given the standards of the defect leakage ratios, the efforts of the quality assurance team and testing teams are only validated if the results of the defect leakage ratio are satisfactory, i.e. minimal or non-existent. The fundamental difference between bug leakage and bug release is that defect leakages largely occur at the end-user side and are reported only after the application has been released. Once the software application product has been released to the end-users, any types of bugs or issues which are captured in the system come under the umbrella of defect leakage. Hence, proficient issue tracking tools are a requirement for not only keeping track and monitoring of defects but also for the robust management of the project as well.

For the development and quality assurance teams, detecting, reporting, and monitoring issues in the system is a critical step in the process but it is nowhere near sufficient for the successful delivery of the project. Therefore, issue tracking tools are necessitated to assist the teams across the organization in organizing, scheduling, prioritizing the reported issues, and most importantly, to streamline the entire process. In agile driven organizations, using spreadsheets instead of sophisticated software is no longer an option, especially considering that project scopes are getting more complex while release cycles are getting shorter.

Steps for Effective Management and Monitoring of Bugs

Through the use of logically structured approaches, development teams carry out robust management of projects and product releases. A more efficient set-up of issue tracking system allows for team members to proficiently manage any challenges or interruptions, and make any changes in stride during the development lifecycle. In order to cater to these factors, issue tracking tools provide a unified platform for the organization which not only loops in data from multiple sources but also integrates seamlessly with the existing software and tools as well.

Creating a detailed and comprehensive repository for all issues and defects is a pivotal step in the process. A central database which can be accessed by all the relevant team members in real-time is helpful in not just saving the time and effort of the teams, but also comes in handy for capturing all issues and their associated details. With an updated shared repository, teams have the added facility of advanced search and filter that saves them from sieving through large amounts of data to find the required issue while also reducing the probability of error.

All the issues and bugs that are logged in the database are organized and allocated resources according to their priority and urgency so that the workload capacity of the development team is adequately managed. By combining and handling the separate workflows of the team members in one platform in the issue tracking software, managers have better visibility and they have the birds-eye view of who is working on which issue and what else needs to be done.

Usually, in the waterfall approach of the enterprise, the common practice is to work in silos whereby only the quality assurance team is responsible for the defects and issue management, and the development and testing process is generally subsequent. However, issue tracking tools are typically embedded in the development lifecycle of the application from the initial phases. This ensures that the issues and defects at every level and stage are documented and reported and that they are caught early in the development to obscure them from snowballing into much larger issues at later stages.

At every stage where new bugs and issues are added to the workflow, the issue tracking system automatically sends notifications for any updates, changes, and progress of the defects. Keeping all the team members updated about the progress and status of the issues in real-time is invaluable for efficiency and accuracy. Given that the right people are notified and updated about the issues and their progress, the probability of defect leakages is noticeably reduced.

In a nutshell, by enhancing and improving the communication channels and collaboration between teams, issue tracking system ascertains that little to no defects or issues go undetected in any stage of the development lifecycle. It creates a platform to merge all different workflows and allows different teams to combine their efforts and work towards a common goal.

« The Anatomy of Bugs Life Cycle and What Measures Can Be Taken to Catch Them Early
Think Like A Tester: How To Reproduce Bugs »
SHOW YOUR LOVE

Sania Amir is a content writer at Kualitatem who spends her days researching and writing technical blogs. When she’s not furiously typing on the keyboard, Sania is either binge-watching shows or reading books!