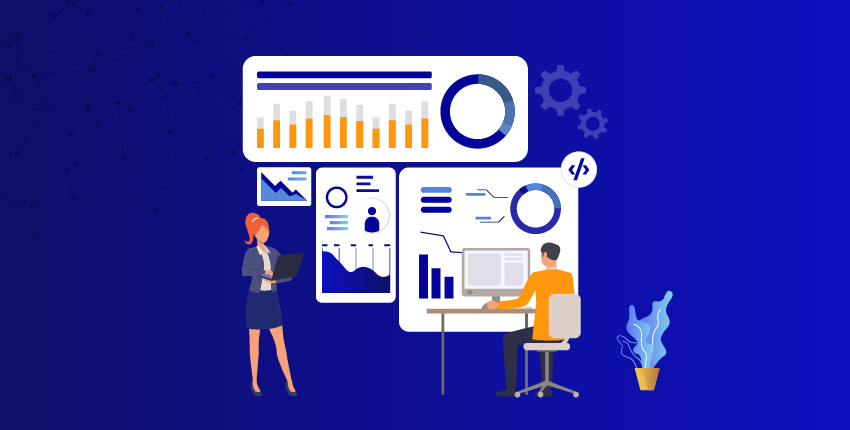 In agile environments, the specializations of each team member are the factor that brings the team together. Although these roles and responsibilities complement each other, the historical boundaries between design, development, and testing remain. Testers plan a crucial role in agile development models than the traditional QA professionals do. They have more responsibility, are occupied with more varied tasks, and much rewarded than richer opportunities to participate in diverse assignments.

For agile developers, there is no typical workday. At any given time, they may be engaged in different phases of the software development process and interacting with customers. For instance, imagine an agile team that is in the middle of developing a service for a large data repository that includes a dashboard interface. The team is already in its third release and has worked on the project for several months, just when the customer asks for a new feature. This is where the developers and testers need to make the right decisions.

There is More to Software Testing than Execution

It is a common mistake that some testers begin testing only once the developer finishes writing code. In a proper and organized setup, the software testing lifecycle (STLC) should also be run parallel to the software development lifecycle (SDLC). When a requirement comes in, it should be analyzed and testers should plan how to test it accordingly. Secondly, testers need to build a test strategy that includes which requirements are going to be tested on a priority basis, and which requirements need to be tested later. The third important thing testers need to focus is on the test designing phase that includes writing test scenarios and test cases, setting test suites, etc. While all these strategizing and designing are important, we know there is no time for it when testers have a code ready for testing. So what should they do then?

Well, then testers should focus on the following, of course with the help of reliable test management tools.

What Should Testers Do in the Meantime?

While developers are still working on part of the software that is not released yet, testers need to develop test strategies and test design in parallel. They should focus on setting up the test environment that includes the various browsers, devices, and OS they will use. It is vital to streamline all of these testing processes that by the time of test execution, testers have prepared for everything. This will save time and allow testers to focus on things they wouldn’t find time otherwise.

In order to remain productive, a testing team needs a set of specialized tools for test planning and execution. The tools a testing team picks can significantly boost the productivity of their team. This is why picking the right tools is so important. Testers should take various aspects into accounts such as functionality and efficiency of the tool and budget. Since every project is different, not every tool will match a team’s needs.

When testers have a capable test management solution, structuring and organizing a test case repository becomes much easier. Test case management software provides testers with the flexibility to organize test cases and to change the structure from project to project and from release to release. This means that teams no longer remain stuck in one place and can adapt to change as necessary. With a greater number of available options, teams can expand their testing capabilities and ensure their repository is effective.

We can say that it is not impossible to create a good test case repository but it takes some effort. While waiting for new software to be developed, QA teams should ensure their repositories are up to date and that test cases are still working as expected (since they require maintenance). By creating specific directories and utilizing a tool, teams can establish a test repository and leverage the flexibility to change according to their needs and changing user requirements.

Since developers are busy writing code, testers have some time on their plate till they can start testing. So when a tester works in a traditional environment, he is a part of a QA team focused on testing and verifying features. In an agile environment, he is a part of a multidisciplinary agile team with shared goals to deliver value to the end-users. Agile testers focus on overall testing of the system, identifying opportunities for automation, and implementing test automation at various levels of the system. In the meanwhile, testers must fix the automation test scripts that are designed for different levels of the system. They can use the same tools, technologies, and techniques as the developers. They also work with the developers during the sprint and provide continuous feedback to the team about the user stories under development.

Upgrade their Skills and Knowledge

Agile testers must have technical skills similar to those of a developer. They should also be capable of observing a product from a broader perspective that focuses on minute details. After all, the code tests and automation in the same programming languages, code repositories and continuous integration (CI), and delivery pipeline as developers. So testers need to work on upgrading their skills and knowledge. They can also learn more about the modern test management tools, their key features, and how using them for their projects can ensure efficiency and accuracy.

We can conclude that QA testers have a bunch of things to do before developers release software. A significant mistake that teams make during software development projects is that they wait for the developers to release software completely, only then to begin with the software testing part. As a team leads or QA manager you should discourage your agile testers to do so, and guide them to utilize this time in developing test strategy and design, writing, and maintaining their test repositories, keeping their team productive, upgrading their testing skills, etc. while developers focus on releasing software. Here, test management tools play a significant role in binding the team members together while improving their efficiency and productivity. These tools are a key to success in saving time and doing productive things while waiting for the software release.

« Why is it Important for Developers to Write Tests?
SHOW YOUR LOVE