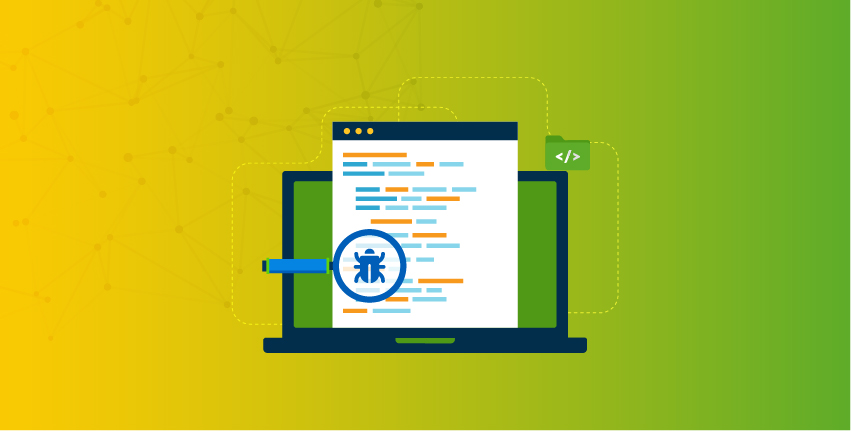 The role of a tester has a great deal of mythology and stigma associated with it in software engineering. This article seeks to debunk certain myths and provide someone who has been in the dark forests of software testing with an inside viewpoint.

You may be wondering, who exactly is a software tester?

A tester is a hybrid between a software developer and a product manager with a good dosage of anxiety.

In the software development life cycle (SDLC), testing is considered one of the most critical phases. However, it is surrounded by multiple misconceptions/myths that need to be broken. Let’s get started and debunk the top 7 myths about software testing.

It is a common belief in the tech world that testing only consists of blindly clicking on UI and documenting the findings in an excel sheet.

Due to this notion, many people believe that software testing is not a real job and it shouldn’t exist in any IT department! Random clicking sounds so easy to non-testers that they believe the need to hire a separate person to do this task as something foolish, let alone a team to fulfill this need.

The truth is that testers conduct and follow very well-defined test measures (random clicking!) to ensure that, in extraordinary situations, the UI/APP performs without lagging.

Since a consumer does not have restrictions on what they can or cannot do, the same happens to testers. This is why the UI, which may look like various random clicks, is important to analyze from every angle.

We have to wait until the software product is fully completed to start testing, instead of working out in tandem with the Dev team. After that, bug detection, code adjustment, retesting, etc. This provides a superficial feeling that the project is being dragged on and on by the QA department.

However, for teams that have pre-planned test cycles/times, this question would not be asked. Therefore, test case management does not interrupt projects, but wrong strategy, lack of planning, and unrealistic standards do so.

Instead, a well-laid out software testing mechanism saves a lot of time in addition to thousands of dollars cost associated with bugs and defects that may come up after the launch of the digital product.

Documentation is a task for everyone who works on a project. An accurate, complete, and correct document provides the project with a base and historical proof and it is a requirement from every team member.

Documentation is more essential for testers, though, since the deliverable they produce is not a software or module, but it is a guaranteed consistency that takes a solid form through artifacts. For most teams, the Microsoft Office suite is the go-to option, but a solid software testing team requires a test case management software like Kualitee to take QA to the next level.

The most popular misconception about testers is that they are not that great at writing code. In reality, testing requires a significant amount of coding in most situations. Like,

So, it is clear that this myth has no weight in the real world.

Myth #5: Testers engage in the project lifecycle only after the development

This can be termed as one of the greatest misconceptions. If it’s a reality, there are big problems with the project.

Rather, from the start, a QA team must have its own mentality, knowledge, evaluation, time, and engagement.

This would not only help the software testing team to test faster but also encourage better quality assurance to be applied by everyone in the project team. Most organizations recognize this and involve their QA teams from the initiation of the project.

Most people assume that you would not have a career advancement on the management side if you are a tester. Yet they’re also mutually exclusive. You need to learn skills such as people management, expense management, time management, and so on to be a project director. This has nothing to do with software development, application testing, or something else of technical nature.

It is important to learn the project management skills independently and anybody relating to any technology or stream in this realm will need to do that. So, being a tester doesn’t promote or hinder the pursuit of project management. It is an autonomous sector and it can be developed by someone with a strong interest in it.

Myth #7: Everybody can become a software tester

Not everybody is qualified to become a software tester. Logical reasoning, problem-solving, leadership ability, and imagination, which are very professional abilities in every field, must be on the high-end spectrum for testers.

Organizations that test apps prefer recruiting dedicated testers who have specific expertise and in-depth knowledge of current IT growth patterns. Having significant experience with using test case management tools is also core expertise and something that everyone cannot do.

Be A Great Tester

We assume that some of the many myths that have been running in the IT circles about the QA culture have been laid to rest in this post.

Once you trust in QA, only then can you become a great tester.

It’s a great job to do and you will appreciate and love it. Don’t forget that you are compensated for improving the finished product’s quality and for your outstanding abilities.

Truly believe in yourself, the QA role, and enjoy the challenge. This isn’t really everybody’s cup of tea.