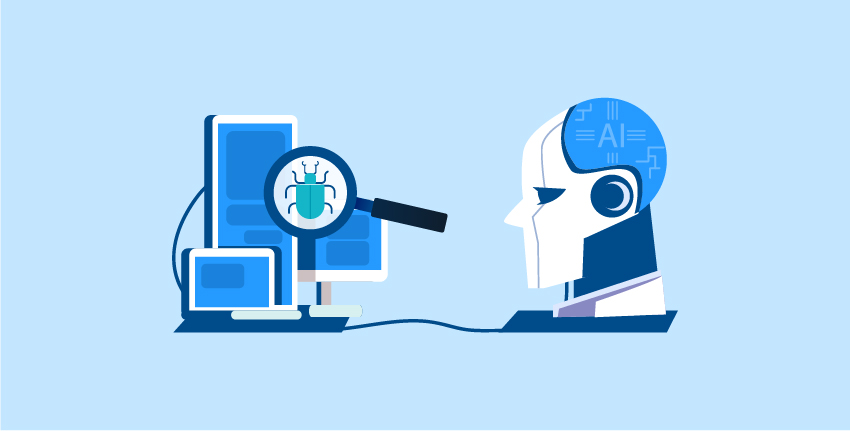 With the competitiveness that exists in today’s market, businesses are on the lookout for any edge they can get over their competitors. Bolstering software testing productivity with automated testing is starting to seem like the logical best place to begin for many.

These days, it isn’t uncommon to see companies bring forth new software all with the help of free tools, open-source software, and a massive pool of international developers. We’d argue that the barrier to market entry doesn’t exist anymore and this has an effect on the market itself, where saturation with the newest software and applications is at an all-time high. In such a competitive landscape, how can you ensure your product stands out?

On average, it takes a company around four months to build custom software. However, releasing functional software without any quirks takes around nine months. This begs the question: if the development is typically completed in four months, why is there a discrepancy of five additional months before release? The answer: Quality Assurance.

Most seasoned software engineers can attest to the fact that “traditional QA” was a nightmare to handle for most. This sparked the need for newer software testing tools with the latest tech to try and ease the pain for said engineers.

For instance, let’s try and understand how many tests QA requires. Mind you, these tests are incredibly time-intensive to build and run. The software your build requires thousands of lines of code to work. Now, to test the software your team built, you’d require more code than the software itself – all the while trying to debug the tests while debugging the code. This creates a painfully meticulous cycle of engineers trying to figure out whether a bug was in the code, test, or both.

To top it all off, the simple matter of fact is this: the more complex your software is, the more test cases you’ll need to develop. One deceptively simple feature can warrant tens of test cases, which in turn can demand hundreds of lines of new code for each unique test case. And maintenance is required on the number of tests too, all the while ensuring that product software is maintained along with the tests. It can also dawn upon some test engineers that their role in this entire concoction is to archive tests and try and untangle a hideously intertwined mess of code.

Due to the existence and implementation of traditional QA testing, software teams find themselves constantly maintaining massive amounts of code. Surely, once all the tests are built, the process is streamlined, yes? Not quite.

A common misconception with QA tests is that they’re robust. That isn’t the case in the slightest. A minor change to the source code could cause the tests to flag false results or, in some instances, crash the system completely. Even something as small – and insignificant – as changing the font style may result in the tests flagging your software as broken, so bigger changes need to proceed with a lot of caution, to say the least.

The Problem with Testing Tools Today

During development, periodic testing allows developers to explore the software functions, search for bugs, and keep their eyes on the end product. The goal is to set the standard of the software. There’s particular freedom during this sort of unit testing that feeds into the drive for test automation.

Comprehensive QA testing is another problem in itself. As discussed above, it’s dense, crushingly extensive, and incredibly brittle. QA testing requires random “black box” inputs. QA testing also has got to use every feature in every possible way. This testing has to make sure the quality of the whole product. It eventually comes down to the difference between building a puzzle and checking a private puzzle piece for the goodness of fit and orientation.

Because of QA testing’s purpose and scope, it’s very hard to automate in a way that reinforces overall productivity. There are software testing tools that exist, and that does help with curating test scripts. But these features alone aren’t enough. A worthwhile QA testing tool needs to:

Tools capable of the primary two tasks are out there today, like Selenium. However, tools that will truly boost software productivity need to do all four. These tools aid QA testing by maintaining a library of scripts and recording simple test cases. What they can’t assist with is automating the general testing process and learning from the test results.

Which brings us to the guts of the matter: how does one automate QA testing?

The basic problem with QA testing is this: how are you able to achieve a core set of test scripts that learn as they test and update themselves when required? Or to put it differently, how am I able to create a self-healing test process? The solution is machine learning.

Combining the power to investigate with the power to record tests is truly vital to increasing productivity. A testing tool must take the test scripts and evolve them with the software, not rewrite them whenever the software changes. Testing produces an incredible amount of data. If you’re storing the outputs, why not use them to show the scripts? Rather than filing these data away for later analysis, actively use them to highlight and update your tests.

« How To Make Your Life Easy As A Software Tester?
Actionable Tips To Manage Your Remote QA Testing Team »
SHOW YOUR LOVE

Syed Ramish Hassan has been an active member in the marketing and SEO landscape for over 7 years. With a degree in film-making, he has been a part of numerous stage productions and has lent his word to some of the industry's leading IT and technology firms. He fervently enjoys researching and writing which have helped sharpen his skills as an author.