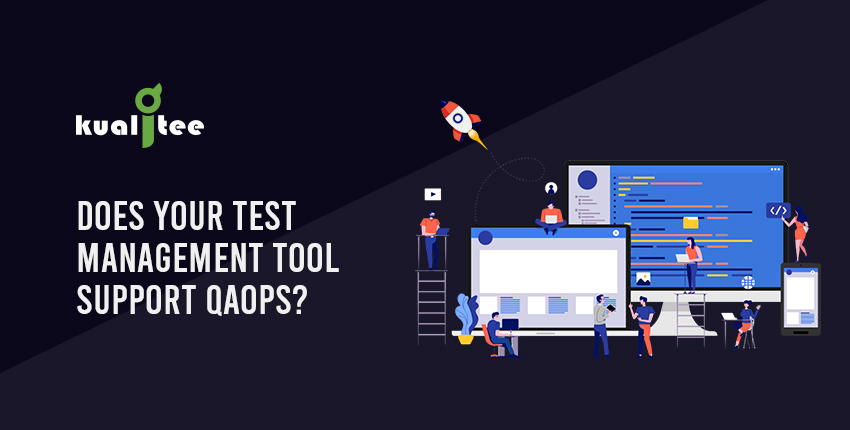 As the name suggests, QAOps refers to software quality assurance by following a DevOps approach. The rising trend of the DevOps environment has given birth to different branches such as DevSecOps, DataOps, etc. QAOps is based on two key principles:

A QAOps framework integrates QA processes, automation, and QA reporting with the software development life cycle (SDLC). It follows the CI/CD approach. It brings together the teams operating in silos to work on the pipeline and QA process simultaneously. These teams need QAOps ready test management tools that support their approach.

How to Succeed at QAOps?

QAOps bridges the gap between the testing and QA teams. QAOps practices help different teams of an organization work together on various projects. The specifications of each project vary, depending on the tools they use, how they organize their software delivery pipeline and much more. Enterprises utilize QAOps to ensure both quality and speed. Following are the key components of QAOps:

Automation testing is one of the crucial parts of the QAOps framework, where automated tests are performed with minimum human intervention. It is not possible to automate each test, but teams should try to automate as many tests as possible. QA experts decide which tests should be automated to keep pace with the delivery pipeline. Modern test management tools provide automation support for optimized test results.

It is most likely that CI/CD pipelines will scale up and down after every release cycle. Testers should set up an infrastructure for performing tests and invest in scalability testing to increase test speed when required.

4. Integration of Ops and Dev Teams with QA

As mentioned earlier, QA teams should not be working in silos to make QA an integral part of the CI/CD pipeline. QA activities should be a part of the pipeline to achieve a QAOps framework successfully. This can be done by involving developers in writing tests and Ops engineers to help in the identification of user experience problems when apps are in production. The idea is to help collaboration between Ops, Dev and QA teams so that all stakeholders have visibility into the QA process.

QAOps has managed to draw more attention to the challenges QA teams are facing in the age of DevOps. QAOps ensures faster software delivery by involving continuous testing in DevOps. It allows development teams to ensure faster releases to market without compromising on quality. The next-generation test management tools should be more flexible to support QAOps in achieving their goals.

« The Role of Test Managers in 2020
Metrics that Matter: KPIs for A Healthy Project Delivery »
SHOW YOUR LOVE