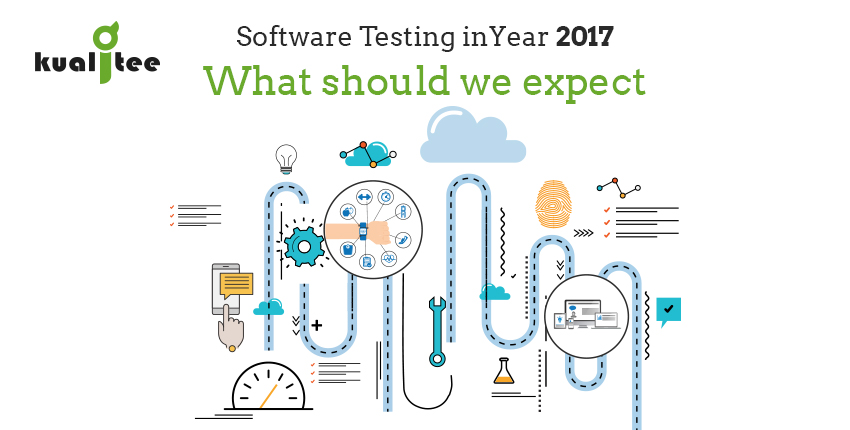 As in the modern era, development methodologies are taking a re-route towards frameworks, data-driven development, and many similar factors.

Besides this, testing techniques are also becoming more advance day after day because big applications with challenging environments are part of the IT industry. Parallel to the development, the Testing side is also becoming up-to-date and modern to overcome the new changes and new challenges as well.

For Software testers, it’s a new and very big world. Things are being changed with a very short period of time because new tools are becoming part of this industry and to keep pace with that, testers must have adequate knowledge of the new world.

Mobile devices, infrastructure models, software delivery models, and new QA tools are part of this world. As we know testing has its own place but the challenge is to make its importance with the passage of the time. The new worlds of technology have gone from the palm of our hand to the cloud, and to agility and beyond.

Let’s have a look into those worlds:

As we know cell phones, tablets, and other handheld devices are very common and everyone is addicted to them one way or another. This factor is enhancing the future of testing in many directions because the tester has to test native and hybrid applications with their offline and online scenarios, on different platforms and browsers as well.

As mobile users are impatient so performance testing is also the need for mobile applications. Human interaction is also taking part to mature the user experience in all senses to provide good interaction with applications.

Cloud Testing – Future is near

Most organizations of the world are utilizing the option of storing their data on shared remote servers and this technology has challenged different traditional infrastructures to test.

Software as a service or SaaS is an example and it has enabled a world having big data. So here, security risk exists and security testing plays a key role to secure from all the vulnerabilities. As a tester, it’s a good chance to grasp the skills of security testing because this is one the future of the testing field.

This new world is also inviting testers to learn about automation and continuous testing. The development has been shorted down from years to months, months to days and days to hours so with contrary to this, continuous integration and testing took birth as well.

As a tester, we assume that one must learn automation and performance testing because this is the important part and scope of testing in the upcoming future which is minimizing the time and efforts in software development.

Risk Based Testing – A must for the future

As we know that the more things change, the more they stay the same. Our existing challenges are not the same but they are increasing and becoming more critical and complex as well.

Risk-based testing is the best example to deal with. Because this is the best way to guide the project based on risks which are an important factor in identifying risks and reducing their impacts in minimum time.

Internet of Things – Next is now

Internet of Things (IoT) is an integrated part of Future Internet in which things are expected to become active participants in business, information and social processes including features of Geo-localization and artificial intelligence. Top applications of IoT are related to traffic monitoring, health, security, transport and logistics, and daily life. Internet of things has a bright future and is an important necessity because home automation, shopping, traffic monitoring, tracking and shipping of goods, health sector and unpredictable developments are its blessings.

Being testers, it is important to have knowledge about any one of the IoT testing tool e.g.: Ready! API which is helpful because IoT is also an important part of the Information Technology industry.

Behavior-driven development is the necessity of modern development and in the future, it is a testing type which should be adopted as well.

Principally it is an idea about how software development can be managed by both business interests and development process. BDD is usually performed using natural language constructs that express the behaviors and expected outcomes.

BDD motivates a tester to define the business problem you want to solve, helps to answer that how specific problem can be solved and clarifies when the program solves our problem which can be stated as acceptance criteria. It is a common language which can be understood by all clients and it helps to discover unidentified and hidden areas of requirements and business needs as well.

« Testing Tasks And How To Smoke Them Out
Applications & User Experience: The Limitation Game »
SHOW YOUR LOVE