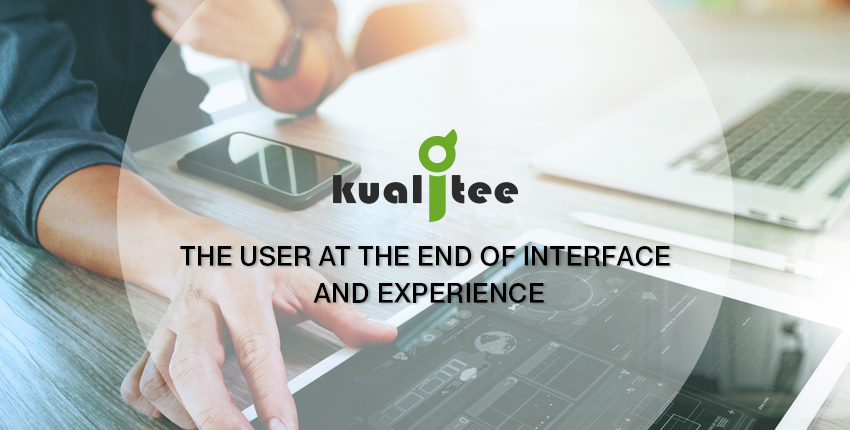 What matters more? Let’s find out!

Software applications are fascinating inventions. We now live in a screen based world. In 1950s and 60’s with the boom in the television industry, the shopkeeper used to place the TV sets in the showcases and people passing by the shop would stop and enthrall themselves with the sound and images that flashed out of a wooden box.

Software applications are getting up, close, and personal

Today, we fascinate ourselves with the same sounds and flashes, but on different screens. From Smart watches to giant LED televisions, we experience this on all sizes and forms.  Software applications are designed and developed based on the same screens, but the impact these applications create goes beyond what internally our body and mind are experiencing, no matter what the skeptics say, this works wonders on our psychology and our daily lives.

But this evolution did not reach us in the same manner as we are witnessing today. In the early dawns of computer revolution, the screens were all but 25 Rows by 80 Columns. Whatever developers were creating was based on these columns and rows.

What happens next was the revolution in Graphical User Interfaces, which now we refer to as UI (User interfaces) as the word “graphic” is too obvious to use.

In the midst of all this, development and testing of application was not limited to just functions, data and operations. Instead, it extended to Designs and Tests of User Interfaces. We now talk about Styles, Fonts, Text, Buttons, Drop Downs, Lists, Options, Check Boxes, and Windows.

As the availability of 4th generation languages made it easier for the developers to make attractive applications, it also notched up the challenge of making it more acceptable to the users. We must understand the delicate relationship between the users and their relationship with the application. As the application gets smarter and smarter, it also affects the user, and thus the cycle goes on and on. Consider the games, where one after another version, the difficulty and game graphics become enriched with its users getting more and more expert of the stages and scenarios.

Same happens with the users of other conventional applications. They become more and more familiar with the interfaces and workarounds, that eventually they want more from the application, and that’s why we have versions.

Is it a natural phenomenon?

It is in the nature of human beings to search better options of what they can dispose of.

As the computer screen evolved into mobile screens, the key pressing becomes touches and swaps. The user started to get smarter and smarter. This is phenomenon is still under process, and one day we will be throwing away our desktop computers, like we did to our DVD players and Walkman music players.

As the applications crowd the online cloud bases of Google Play, Apple Stores and other open markets, the user are becoming aware of what making sense to them is and what is not. They look for solutions and applications which appeal to their senses rather than who made them. With Angry Birds flapping around the game market, the Flappy Bird makes its own way and was equally popular.

“Design is not just what it looks like and feels like. Design is how it works”. – Steve Jobs

The users and their experiences:

With a number of communication applications around the market, people still want to use WhatsApp. Why? Why does that happen? What makes a mass to use a software application with this intensity? This click in the user mind is called User Experience or UX.

User experience is derived out of User Interface designing. You see, it’s not just about the tab order or the keyboard shortcuts anymore; developers, designers and testers now think as their users should  think and feel while using the applications. The application should address to the senses of the user. It should respond as it is part of the user intellect.

Facebook status update bar does not say “Input your status here!” instead; it says “What’s on your mind?”

Similarly Twitter asks its users “What’s happening?” and LinkedIn does the same as Facebook, but shows tabs for status updates. These applications talk back to their users. A person exploring these platforms will never feel out of response at any given time.

Users don’t like to be pushed around. They want accessibility, control, and visibility. If they find these things missing in an application, chances are they are going to stop using it.

Accessibility is getting the application whenever and wherever a user wish, they don’t want complex registration screens or multi-folded authentication processes.

Users want control over the software. A smart phone user can take pictures and wish to share them online, but if Twitter or Facebook does not allow them do it, then it will be doom for both these applications. It seems like a simple gig for programmers, but the very absence of these simple features can cause a billion dollar loss in the business.

Talk about thousands of applications, tools, and games available on the open market but most of them flop within days of their upload.

What is past is prologue:

Industry has recently realized this sensitive aspect of user psychology, and in reality it has actually transformed the way application and solutions are built. Steve and Bill thought of this a long time ago, James and Michael talked about this about 20 years ago…

The challenge of the unknown users, ambiguous requirements, the dilemma of failed applications, and the never ending cycle of testing and development, all to achieve perfection; question is, they did, but when will we?