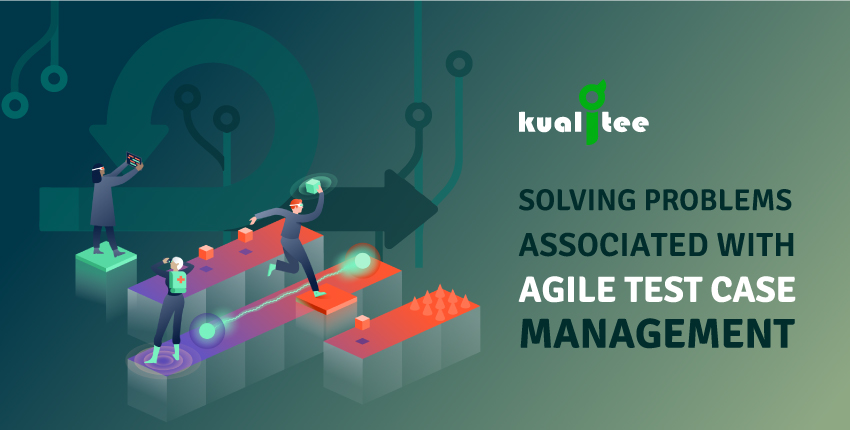 The biggest mistake that QA teams commit is to throw all the test cases into one box to be used for regression. This increases the demand placed on managing test cases in the future and adds obsolete test cases to the regression test suite. A good test case management software can easily solve this problem.

However, we are presenting you some other ways you can solve the problem associated with agile test case management.

It is not important to create a new test if no changes to functionality are made and the workflow is not updated. Just editing the tests to match the latest workflow will be enough. In this scenario, the tests for this functionality in the regression suited must be updated to match the latest behavior or the workflow. If the test case writer had to write a new test rather than updating the previous one, then you have an obsolete test case in regression. If this happens repeatedly you have a major responsibility when you begin your regression testing. You must keep in mind to update the current test case prior to pulling it into the sprint test plan. The original test must be upgraded at the source and then pulled into the sprint.

A few of the user stories simply need removing a feature which is not in use anymore. This is perhaps because a provider has been detached and content that was tested previously is not relevant anymore. When we have to update test cases, it is significant to erase details that are not required. If a new tester is appointed, he won’t have prior knowledge regarding product history. Therefore, they will be entering invalid bugs if a tester is assigned a set of obsolete test cases.

User stories that easily adjust text, an image or color scheme must have test cases created in sprint testing. These tests are not related to the regression suite. They are lawful tests and perhaps required to execute each time the software is deployed in a fresh environment. Elements that alter regularly and are not likely to be touched except one more user story is formed, are not suitable for sanity/smoke or regression testing. In this case, after completion of sprint and the modifications in production, these test cases must be left in the sprint folder for historical purposes.