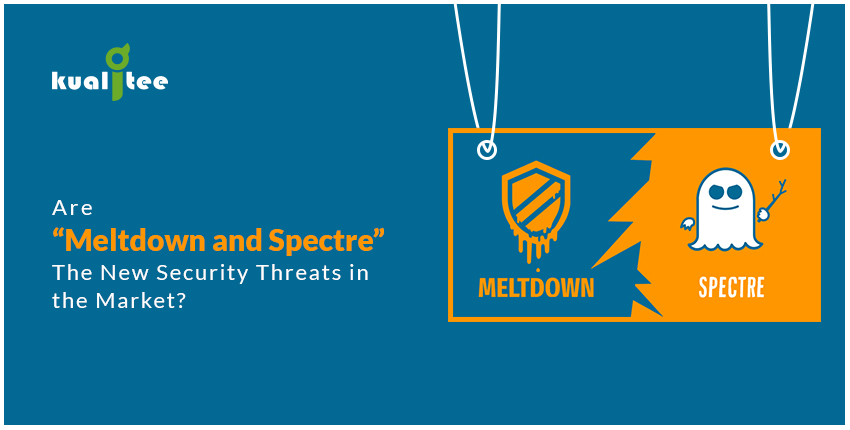 The cyber gloomy sun of 2017 has set now. We have come across deadliest cyber-crimes, information failures, and software testing fiascos in the previous year. Equifax, NHS incident, Bitcoin Unlimited memory leak, and the list doesn’t exhaust… just yet.

However, 2018 has amazed us with great technologies like Neuronal Computing, IoT, AI foundation, Blockchain and…what not!

Though, unfortunately, we still remain under threat!

This came as a shocker on Wednesday when researchers unveiled a treasure chest (sarcastically speaking!) for the hackers. The microchips or mini processing units in your devices are plagued by an evil security threat to your sensitive and personal data.

These chips are a product of none other than gigantic companies Intel, ARM, and AMD.

This vulnerability will give an easy access to the hackers to reach into the system’s memory data stores inside the kernel. The kernel is known as the most critical zone of modern-day operating systems that manage information and network drives. What’s the Mystery Behind Meltdown and Spectre?

Presenting to you the newest testing flaws from the chapter of bad testing: Meltdown and Spectre.

These two security flaws are expected to ruin the boundaries between security and private data. It is surprising that these were already discovered by Google researchers, Cyberus Technology and the Graz University of Technology in the previous year. But somehow, the companies at fault managed to keep it an inside news.

However, on Jan 3rd, researchers extracted details out of these hidden security flaws.

How Are These Bugs Threatening?

We are sharing some evocative threats your devices are prone to. We can’t help if you begin to bite your nails!

Meltdown will pave way for hackers to use the programmes running on the personal computers and internet servers to sneak into the OS’s confidential information. This is a severe threat to the systems powered by Intel chips. Hackers getting access to your passwords and encryption keys stored in the memory storages is disturbing enough.

Spectre is not just a bug that can be smashed easily because it is potentially more harming than the meltdown. It can break into your memory storage data without requiring a program or even an operating system and disrupt smartphones, tablets, and PCs that are powered by Intel, ARM, and AMD.

Besides, Bryan Ma, a senior analyst at technology consultancy IDC articulates that the Internet of Things and data centers connected to cloud servers are also at stake!

As per an IDC report, there are nearly 1.5 billion PCs in use worldwide, out of which, 90% are power-driven by Intel chips. Imagine the enormity of the situation!

The threat to IoT is a clear indication that IoT testing is a dire need of the time!

How Loud Is The Roar?

Right now, it’s just a theoretical discovery that only explains how these bugs can potentially harm our devices, but it hasn’t explained how hackers would break into our security systems.

However, the UK’s National Cyber Security Centre (NCSC) explained there was no relevant evidence about any exploited vulnerability or any data robbery.

Similarly, Jake Saunders, the Technology analyst from ABI Research believes that it might not be clear the kind of information being under threat, however, with the security gaps having been exposed, the question is if other parties are strong enough to discover and potentially exploit them.

Is There Any Help On The Way?

The mega-firms have provided their customers with a way to counter it and have delivered new OS versions and patches to wrap up the security vulnerabilities.

Following is a list aligned by Digital Shadows through which you can reach the ultimate solution to your problem:

Are these patches enough to cater the security requirements of your personal data? No! Because with every new update, you need to be secure enough to fight off bugs. What we need to get absolutely serious about is the  testing part

Hence, Testing is crucially important and the stakeholders should get on with it before the quicksand slips them deeper into the abyss.