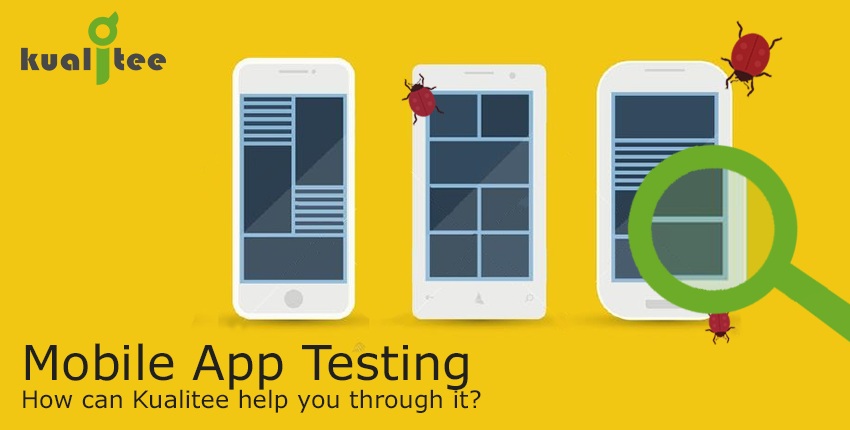 Within the delicate balance of modern software development and testing practices, testing and development of mobile applications are very tricky to manage. Since the size of these applications are considerably smaller than their desktop and web versions, the balance proportionate weight of the user experience and design is always a questionable area for developers who code, testers who test, and the user who uses these apps.

The key factor here is to gain critical knowledge of how to manage mobile app testing with proper checkpoints, controls, team allocations, and execution?

The common sense answer to this query is usually “Agile”, but on the back of the head, testers around the world are still trying to figure out their roles within the tight sprint timings and delivery estimates.

In order to help testers, we need efficient test management platforms. We need something which relates to the context and mindsets of testers. Something which is brewed with an exquisite seasoning of project management, team management, product structuring, test execution, documentation, escalations, and above all, an end to end control of the process, and above all is available all the time with support and guidance. We need to break the taboo here that this should not be an issue tracking tool, in fact, it ought to be a software test management platform.

One such state of the art tool is Kualitee, where testers can control projects, teams, resources and efforts from an end to end control perspective. Kualitee can manage any type of software test project including mobile app testing and due to its highly contextual architecture, it can fit in any sort of development model, while creating a strategic role for test teams and testers.

Enough said, here is a step-wise process of how testers can use Kualitee while managing their mobile app test projects:

On the project management panel, a user can define their projects as independent mobile applications and responsive websites. Users can put up tags for multiple operating systems, browsers, and devices while constructing the project. In order to enrich the definition of the test project, Kualitee ensures its users to tag or enlist multiple number of OS and Devices, such as Android, iOS, Samsung, Apple, iPhone, iTab, Windows Phone, HTC, Thuraya, HP, Sony, Nokia, and many similar devices.

Teams are an integral part of the project and they also matter while developing fast paced mobile applications. Testers in mobile based projects work on multiple assignments at a given time. The makers of Kualitee have put this in practice where, while constructing a project we can also create different roles based users for each project.

The dual nature of mobile apps in terms of being independent or being an extension to a bigger application turns this into a richer context while creating scenario and test cases for these applications. Kualitee contributes to testers in creating detailed scenarios and test cases based on modules and builds. This actually helps testers in maintaining an active library of user stories, test scenarios, and cases.

Kualitee provides a well-organized test lab for testers to execute test cases in different modes of test approaches all within the defined sprints. With the provision of decoupled structure, testers can define independent application elements, and then associate these with the builds. The whole hierarchy is organized beautifully in the test execution section where with simple gestures of drags and drops, helps testers in maintaining their sprint test cycles.

One cannot possibly conceive a test management tool without a proper interface which assists testers in reporting the defects they are coming across. Since the activity is so rapid in execution the makers of Kualitee has incorporated Kualitee SDK as an enrichment to the user’s experience. While encountering a bug in the application, a user will only have to shake their mobile device and that’s it, rest is easy, soothing to the senses, and effective process. On the detailed side, the bug reporting in Kualitee is a thorough activity, with the facility to the users to upload multiple attachments and writing a detailed conjecture to their findings. With all this, Kualitee is seamlessly integrated with JIRA, and if a test team is associated with the latter, then they can use both tools at the same time. Testers can also map custom fields of their defects reported in JIRA with Kualitee.

Kualitee provides detailed reporting and an integrated dashboard for its users – while on the mobile application projects, the pace of the application development, testing, and deployment is so rapid that in often cases, teams are left clueless of their efforts and the time they have spent on testing. With reports and dashboard, these teams remain aware of their progress in a real-time instance.

Kualitee itself is a mobile responsive tool and with its new SDK feature, the product has hooked up its mobile users to a more efficient way of reporting bugs. Mobile applications make everything faster in execution, so the user experience journey is quick and re-flexing with high-end cognition.

Kualitee provides its users with an independent path for testing mobile app projects. It allows users to select multiple devices, platforms, and Operating system. We are all aware of the daunting fact that how testers are challenged when it comes to testing mobile applications, due to the fact of device compatibility, operating system versions, and the browsers.

« Applications & User Experience: The Limitation Game
The Future of Software Testing – A Series Of Blogs »
SHOW YOUR LOVE