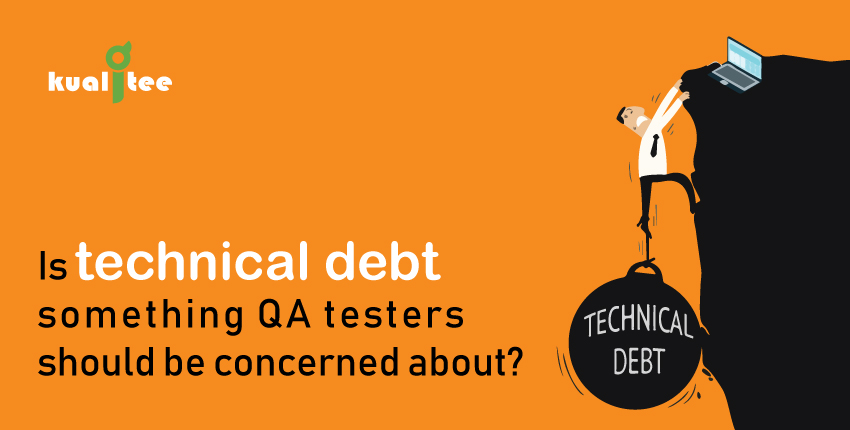 In software development, it is common that testers and their testing teams always try to find shortcuts and easy solutions for earlier and speedy SDLC completion. But to stay on the safe side, one must analyze the results beforehand to avoid into financial crisis.

Well, it’s a rule, whenever you compromise on quality, you have to put in twice the amount of time and effort you actually estimated for a testing project. In IT terminology, we call it “technical debt.” (Also known as code debt and design debt)

Thinking how these shortcuts throw you into the financial troubles? Also, don’t forget the piles of test cases in the backlog waiting to get fixed.

Whatever it is, an intendedly chosen solution for your SDLC or unfixed build up in the backlog, it’s going to cost you many dollars.

Read more:  Best Test Management Tools That Must Be Used For 2019

It commonly occurs when the testers have to fix hundreds of bugs under a restricted time frame, it happens when they left some errors unfixed and release it that way.

Before improvising, testers must learn pre-script and pre-design every step of the test project. Because a technical debt can be really problematic in achieving the project’ success as well as maintain a healthy client-company relationship.

Whenever a development and testing team is working on a project and testing/fixing bugs, many new bugs pop up in the meantime. The event might lead to the fixing of only a few bugs, while others are left for future releases and versions.

Such an attitude is a great risk to the user experience!

Later, these undone bugs increase in number and become a challenge for testers to release a 100% bug-free app. We must say that it could be the worst scenario leading testers and company heads towards the burdensome “technical debt.”

Why Should QA Testers Be Concerned About Technical Debt?

During the inclination and designing of a software development cycle, there are various aspects that can push QA testers in “technical debt” such as poor documentation, insufficient testing and fixing, the increased communication gap between the teams, lack of synchronization, coding and hindered refactoring, delayed or absent continuous integration and several other rampant reasons.

It has been observed that only code refactoring or duplication efforts can increase the testing efforts by 25-30%. And such situations definitely result in financial disharmony and thus, technical debt.

Insufficient implementation of automation can branch out the following reasons that ultimately lead to technical debt:

If an individual test sprint keeps on increasing due to devices, browsers, and scripts, there are chances of a delayed test release if testers don’t test them all in a timely manner. This clearly leads to time-to-market losses as well as technical debt.

This time, the project you have approved and partnered with is huge and requires a big team to achieve the goal. Viewing this, stakeholders demand immediate hiring without recognizing the aftereffects of urgent hiring. The immediate hiring can cost an IT company an unexpected technical debt.

Nowadays, most of the testing projects are intrinsic and the skeptic in nature, but somehow, testers overlook some issues and leave them behind for later fixing. It is not a good idea when they have a lot to track and trace out of the cases. Not keeping the record of bugs, tested and fixed, can become an unmanageable challenge later.

It happens when the test results are positive but remain under the hood, they are negative because there is an unseen glitch that needs to be looked upon thoroughly. Believing in superficial results only and not testing the hidden fallacies can be a horrendous mistake, thus inviting unanticipated debts.

It is crucial that testers avoid any of the above-mentioned situations and to stay miles away from the financial dilemmas.

Because testing feels great until the testing team encounters a technical debt!