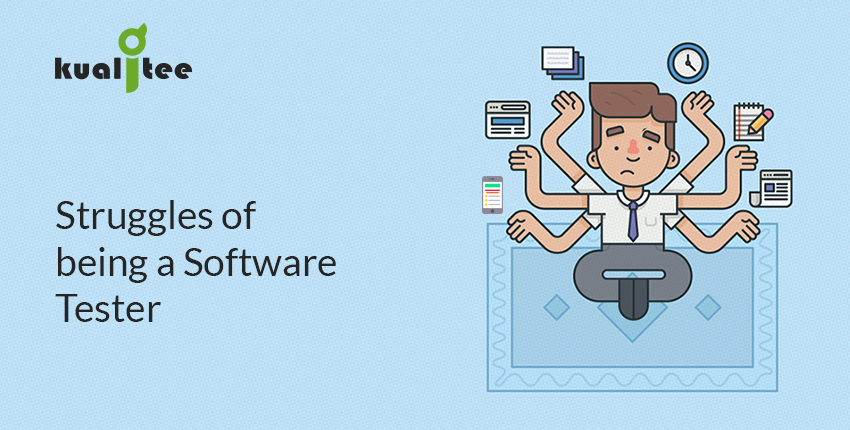 The role of a software tester in an IT industry is an extremely important one. Why so? Because he is the one who ensures that quality is engrained into a product and that it is defect free before being released out into the market. He knows he will be in a precarious situation if his cleared project fails due to any reason. It will not only bring a bad name to him but eventually to the brand and the company itself. Not to mention financial and reputational damage. So is his job an easy one? Certainly not.

As mentioned earlier, the job of a software tester is not an easy one but it certainly can be made easy if he chooses to collaborate with the development team at all levels, voicing his thoughts and communicating with them in a productive manner so that both realize their aim is the same: to add value to business by keeping the clients happy and satisfied.

« The Changing Dynamics Of Performance Testing
How Valuable Is Software Testing? »
SHOW YOUR LOVE

One thought on “Struggles Of Being A Software Tester”