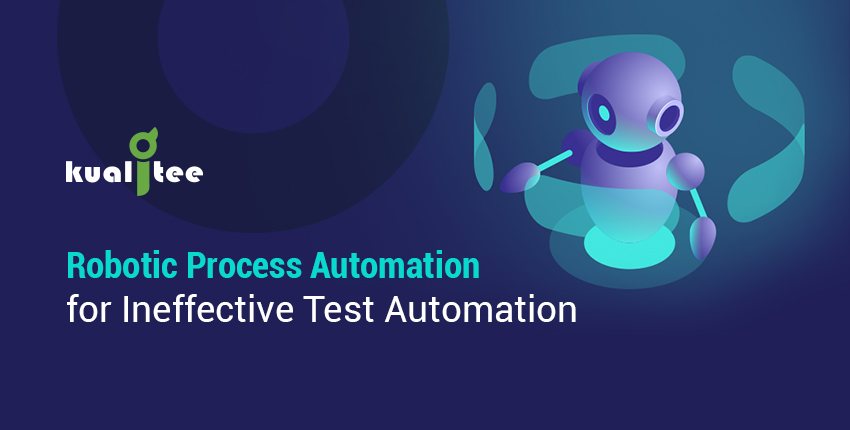 Robotic Process Automation is a software that mimics repetitive, rule-based tasks and performs them accurately without human interference. In a recent survey, more than 60% of companies agreed that they have either automated their mundane tasks already or planning to do it in the near future. Additionally, RPA is beneficial in optimizing clerical tasks, data entry and management, and customer services. If you have already adopted an RPA tool in your organization and look forward to beginning with test automation, then this tool may be the right choice. It is easier to automate fundamental test scenarios, add validation and ensure that you’ve taken the right path to test automation.

RPA replicates the patterns between human and GUI to execute a ruled-based activity. By 2025, RPA is expected to reach almost $3.97 billion, making it the hottest industry trend since all players are trying to unfold its numerous benefits. However, for successful and viable test automation, there is much more than clicking through application paths. QA teams must be able to construct and stabilize an effective automated test suite. Typically, RPA tools are not designed for this. Thus, organizations will face test automation roadblocks such as delays waiting for the required test data and test environments, etc. due to which test suites do not deliver clear and actionable feedback.

The difference of Scope Between RPA Tools and Test Automation Tools

RPA Tools – They typically use a combination of UI interactions, or connect to APIS to drive client drivers using structured data. ‘An RPA tool operates by mapping a process in the RPA tool language for the software to follow, with runtime allocated to execute the script by a control dashboard.’

The need for RPA tools becomes clear by observing the following differences between:

How Do These Differences Affect Software Testing?

While there are other tools for web and API testing, RPA tools offer different features as they allow codeless automation macros on the desktop. They can be used for both test data and regression testing. There are major differences between test automation and RPA. with test automation, you can make a machine do any task.  On the contrary, RPA is a form of automation that sticks to the front-end of a system and performs tasks without moving to the back-end.

When it comes to choosing whether a traditional automation tool or RPA tool should be used, RPA is considered as a full-fledge automation solution. RPA is recommended when a more personalized experience is required to automate complex tasks and requires access to multiple applications. RPA is also preferred for scenario-based tasks.

It is crucial for an organization to analyze the process and the need for automation. There are certain cases where some processes are better implemented with a traditional test automation plan and others would function better with RPA tools. However, RPA covers the gray areas that test automation fails to cover. Thus, when a quick system is the need of the hour, RPA is the right choice to make.